Hugh Neff and the toughest sled dog race in the world

1000 Miles from Whitehorse to Fairbanks 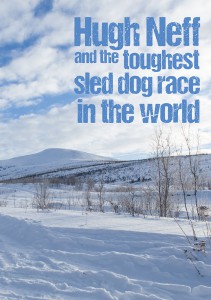 With its more than 1600 kilometers / 1000 miles of trail, the Yukon Quest is one of the toughest sled dog races in the world. After winning the Yukon Quest in 2012, Musher Hugh Neff started the race again on February 2, 2013 with his 14 Alaskan huskies as defending champion. The official film team of the race followed him and the other 25 mushers on the hard, rough and lonely trail from Whitehorse in the Yukon Territory (Canada) to Fairbanks, Alaska (USA).

We congratulate all participants of the 30th Yukon Quest.

Our special respect goes to the sled dogs.
They are the true heroes of this race.

A film by BDA and alaskana.de

We would like to thank the organizers and all people involved who make this fascinating race a reality year after year; above all the volunteers as well as the First Nations and Alaska Natives on whose land parts of the Yukon Quest trail runs.